Last final turned in. Pumped for the new year! 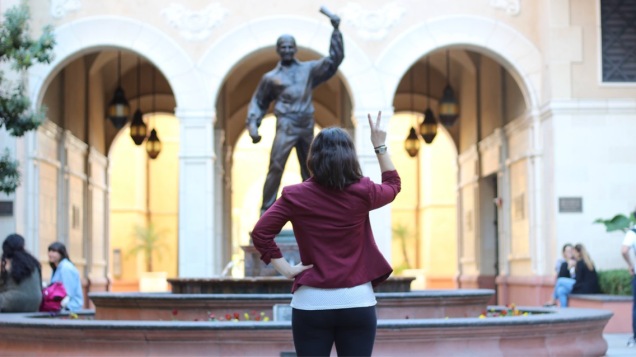 Wonder Woman was the talk of the summer, both for its box office momentum, a win for the flagging DC universe, and its success with legions of female fans, who felt they finally got the superhero they deserved. Women (and men, for that matter) took to social media to share messages of delight and elation, praising Wonder Woman as an inspirational figure for themselves and their daughters. To be sure, much of the praise for the film is deserved — it wholeheartedly embraces the “popcorn movie” epithet, complete with warm humor, lively action sequences, and bursts of female badassery — but, that being said, all films merit close, critical examination, regardless of whether we enjoy them or believe in their messages. Wonder Woman can’t be held up as an infallible standard, or Hollywood will never move forward to create something better. The film broke ground, but upon closer examination, it was far from perfect, especially within the narrative itself, which is bizarrely male-geared in its mechanics and populated by a number of placid characters. Wonder Woman’s saving grace is Wonder Woman herself, crafted by director Patty Jenkins and star Gal Gadot, whose guiding touches helped shape the superhero into a uniquely kind and badass figure. The work and thought put into this character should lead the way for future superhero projects — filmmakers at all stages of production need to find the new, the real, and the creative in every aspect of their movies, in order to create something lasting and worthwhile.

Though the star power of Gadot and Jenkins carried the film, there was only so much they could do about the script itself, which was developed by a group of writers who ultimately didn’t create a narrative worthy of its titular character. It’s a fish-out-of-water story, following Diana as she joins pilot Steve Trevor on a mission to war-torn Europe, clashes with twentieth century society, and ultimately emerges fully-fledged as Wonder Woman — these broad narrative outlines work, but the specifics often feel remiss and rushed. An essential part of the Wonder Woman backstory, for instance, is the island of the Amazons, a place solely populated by women; the writers might have explored how this society evolved, and how life there compares to that of patriarchal civilization (as Star Trek investigates with Vulcan society, for instance). Instead, they took the easy way out, creating a thoroughly conventional society with women simply installed in traditionally male positions (like absolute ruler, general, etc.). The film goes on to use the tired princess-isn’t-allowed-to-train-but-secretly-trains-anyway cliche to introduce us to Diana. This is a staple of historical narratives that follow oppressed females, and is only useful because it shows female rebellion to unequivocally male authority, so in Wonder Woman, it rings hollow, a plot mechanism with no weight. Furthermore, in a disappointing move for Wonder Woman’s opening foray and perhaps a side effect of all-male writing team, the film’s narrative ultimately belongs to Steve, not Diana. The mission that drives Diana through the movie is Steve’s, and all the personal stakes rest on him — if she had never encountered him, nothing would have changed for her. For a movie to truly belong to a hero, they must drive the plot and feel that their world hangs in the balance, but in Wonder Woman, Diana is simply along for the ride.

While some of the mechanics of Wonder Woman’s plot feel underdeveloped and infused with a male mindset, the movie doesn’t fare much better with many of its supporting characters. This is especially clear with the film’s central villain, Dr. Poison. Poison is one of Wonder Woman’s major enemies in the comics, but she’s not only reduced to a goofy and jealous caricature in the film, she’s written as second string to a male antagonist, General Ludendorff. Furthermore, she has nothing to do with Diana, our central character; they don’t even know each other or connect in a personal or thematic way, which is an essential step in creating a strong protagonist-antagonist relationship (seen in films like The Matrix (1999), for instance, where Mr. Smith meets Neo early in the story and they engage in conflict after conflict until they become arch-enemies, or in Thor (2011), where Loki and Thor are brothers, so their clash is underlined with pent-up sibling spite). There’s no real characterization for Poison or relationship between her and Diana, so the big, climactic moment between the two of them in the final battle (Ares thrusts Poison before Diana and urges Diana to kill her, an act that would propel her towards the dark side) falls flat. In a more thoughtfully rendered version of the script, this beat would have been a showdown between two capable, formidable women, something that the narrative had been building towards since the beginning, but because there’s no relationship between Poison and Diana, this moment becomes passive and uninteresting. Ultimately, all characters must contribute to making a movie more than a sum of its parts, not exist as passive archetypes to give more screen time to an all-important lead.

While there’s room for improvement in many areas of Wonder Woman, there’s one place where the filmmakers got it completely right — Wonder Woman herself. As Patty Jenkins has said, her Wonder Woman is both loving and fearsome, inquisitive and intuitive, kind without being gullible; instead of allowing herself to be forced into the false dichotomy of kind damsel in distress (Arwen, Padme Amidala, Batgirl) or hardened warrior (Arya Stark, Black Widow, Mystique), Jenkins’ and Gadot’s Wonder Woman breaks the mold and combines elements of both. In addition to this inspired version of the character, Jenkins strengthens the feminist nature of the film through what one might call the female gaze, which punctures the traditional three-fold monopoly of the male gaze (that of the director, the camera, and the audience), as she brings in a female point of view for an audience skewed towards women. Tellingly, Jenkins refuses to overtly sexualize Wonder Woman, as so many male directors have done in the past; for instance, Diana’s admittedly skimpy costume always feels functional and logical under Jenkins’ direction, rather than an excuse to show skin — there’s no cleavage to it, and the length of the skirt allows Diana freedom to jump and run. Furthermore, during action sequences, the camera doesn’t linger voyeuristically on Diana’s body, instead following and emphasizing the powerful movements of her fighting style. In fact, Jenkins’ most potentially objectifying shot of Diana, when Steve first glimpses her on the beach, solely contains her face, smiling, framed against the sky. This is a perfect encapsulation of Jenkins’ Wonder Woman — she’s an angel, not a sex pot, and an ass-kicking angel at that.

In addition to her female gaze, Jenkins goes the extra mile and brings an extra layer of subtle eloquence to the film — she infuses Wonder Woman with almost Freudian representations of male and female power. Instead of Diana only finding success as a female fighter using traditionally masculine techniques, as is the case with many female action heroes (for instance, Snow White with a sword and chainmail in Snow White and The Huntsman (2012), or Padme with a blaster in Attack of the Clones (2002)), which reinforces the Freudian concept that men are the only inherently powerful members of society, Diana fights differently than the men around her. Her strength lies in defensive maneuvers, in contrast to masculine offensive ones, turning the Freudian female “lack” into a uniquely female power; her special weapon is her metal bracelets, which deflect enemy fire, and they end up being far more powerful than any male weapon. Jenkins highlights this contrast throughout the film by using swords and guns as phallic symbols — Wonder Woman even breaks a male soldier’s gun over her hip during one fight sequence, underlining the superiority of her own style of combat. This allegorical approach is especially prevalent in the first fight scene in London; Diana and Steve are backed into an alleyway and surrounded by Ludendorff’s henchmen (a representation of the back-alley rape narrative) — the first glimpse we have of the henchmen is even a gun poking out from behind a wall (a coded phallic image) — but Diana saves them both, in the first real display of the power of her bracelets. By the third act of the film, Diana’s sword, meant to be the “God-killer,” literally breaks, revealing its inferiority, and Diana herself is revealed to be the God-killer, emphasizing the film’s themes about power — women can be just as powerful as men, or even more so, and their strength doesn’t have to fit into a preconceived male box.

This enlightened viewpoint was one of the most groundbreaking aspects of the film, bolstering Woman Wonder above the crowd of summer flicks and striking a powerful chord with the viewing public. Avoiding the goofy moves of Catwoman and the bland, gadget-heavy fighting style of Black Widow, Wonder Woman is a self-possessed powerhouse and a truly eye-catching fighter. Her deflective bracelets and her “Shield” maneuver, pioneered by the Amazons (in which a few fighters hold up a shield, another jumps on top of it, and they boost her up into the air to gain a superior vantage point), are remarkably feminist battle maneuvers, as well as fun to watch. It’s exciting to see this kind of intellectual shading and true “female gaze” in a mainstream, big-budget superhero movie — the final thing that remains is to force the other conventions of these films to catch up. All the details of these movies deserve the same kind of sharp attention that Jenkins gave to her direction, from the construction of the world to the beats of the narrative to the backstory of the villain; otherwise, they’ll fade into the bland obscurity of the summer film registry. If filmmakers in every step of the process, from studio head to screenwriter, started trusting their audience’s intelligence as much as Patty Jenkins does, Hollywood’s commercial sphere would enter a new golden, gender-equal age. Here’s hoping on you, Wonder Woman 2.